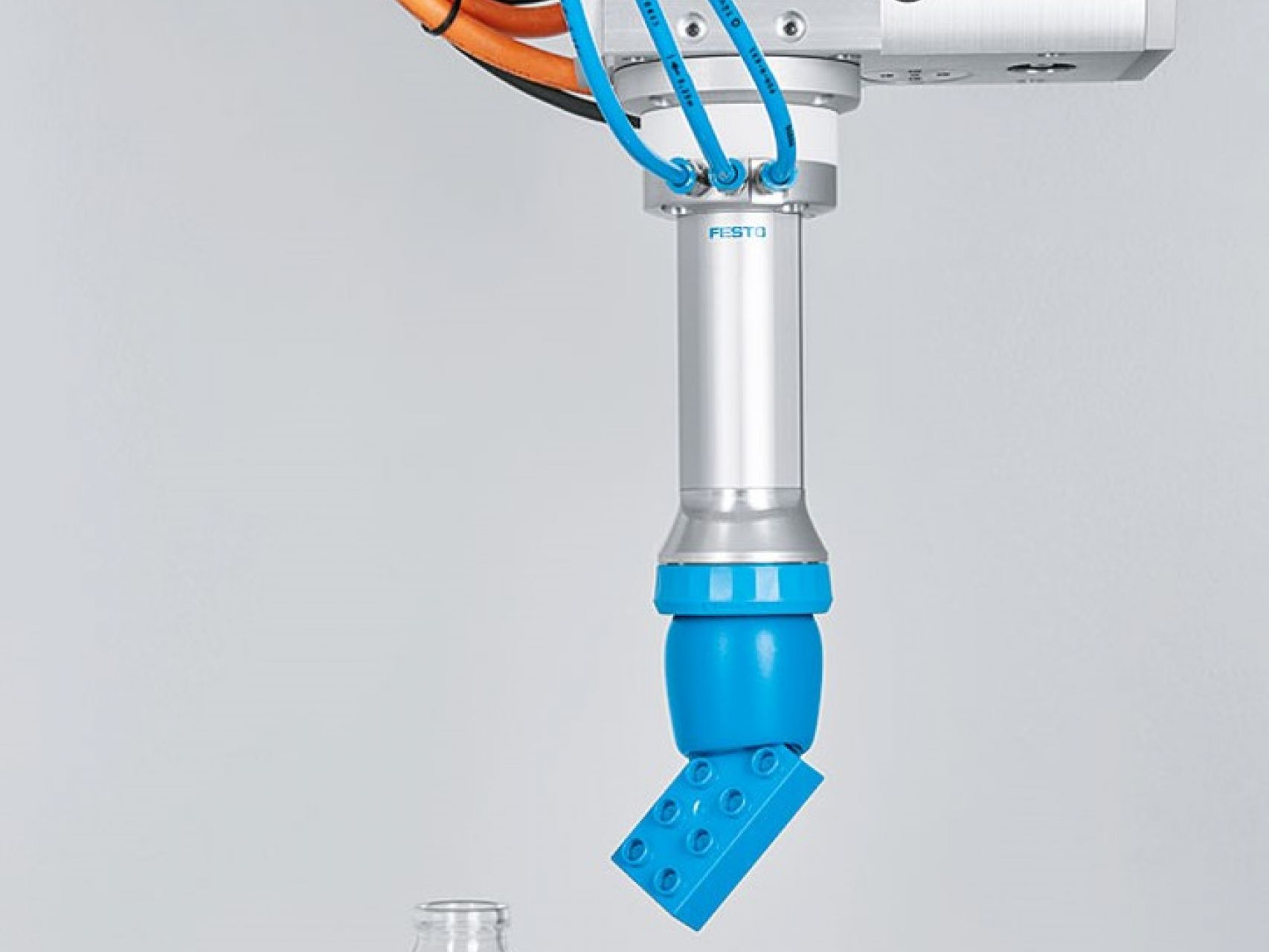 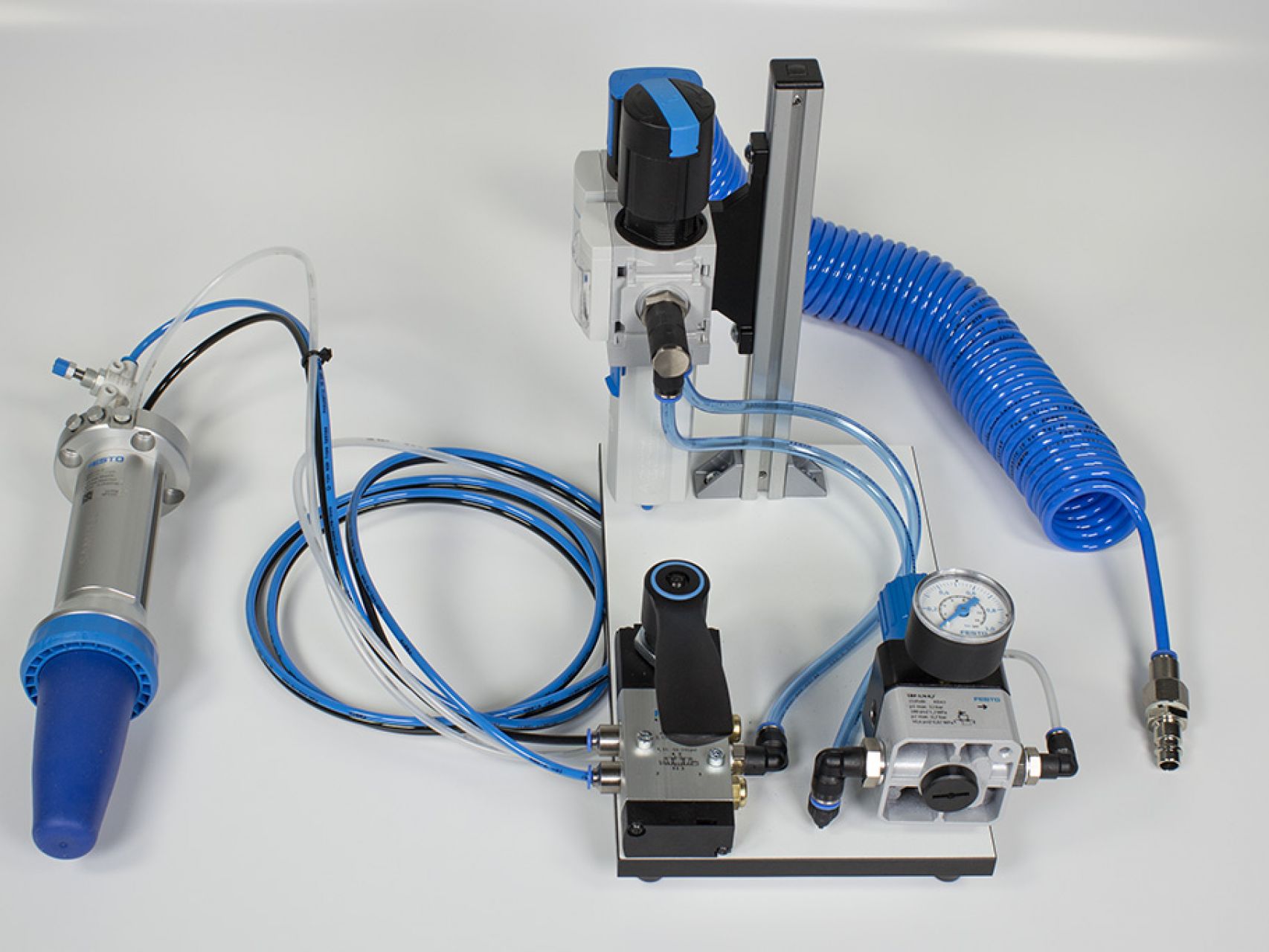 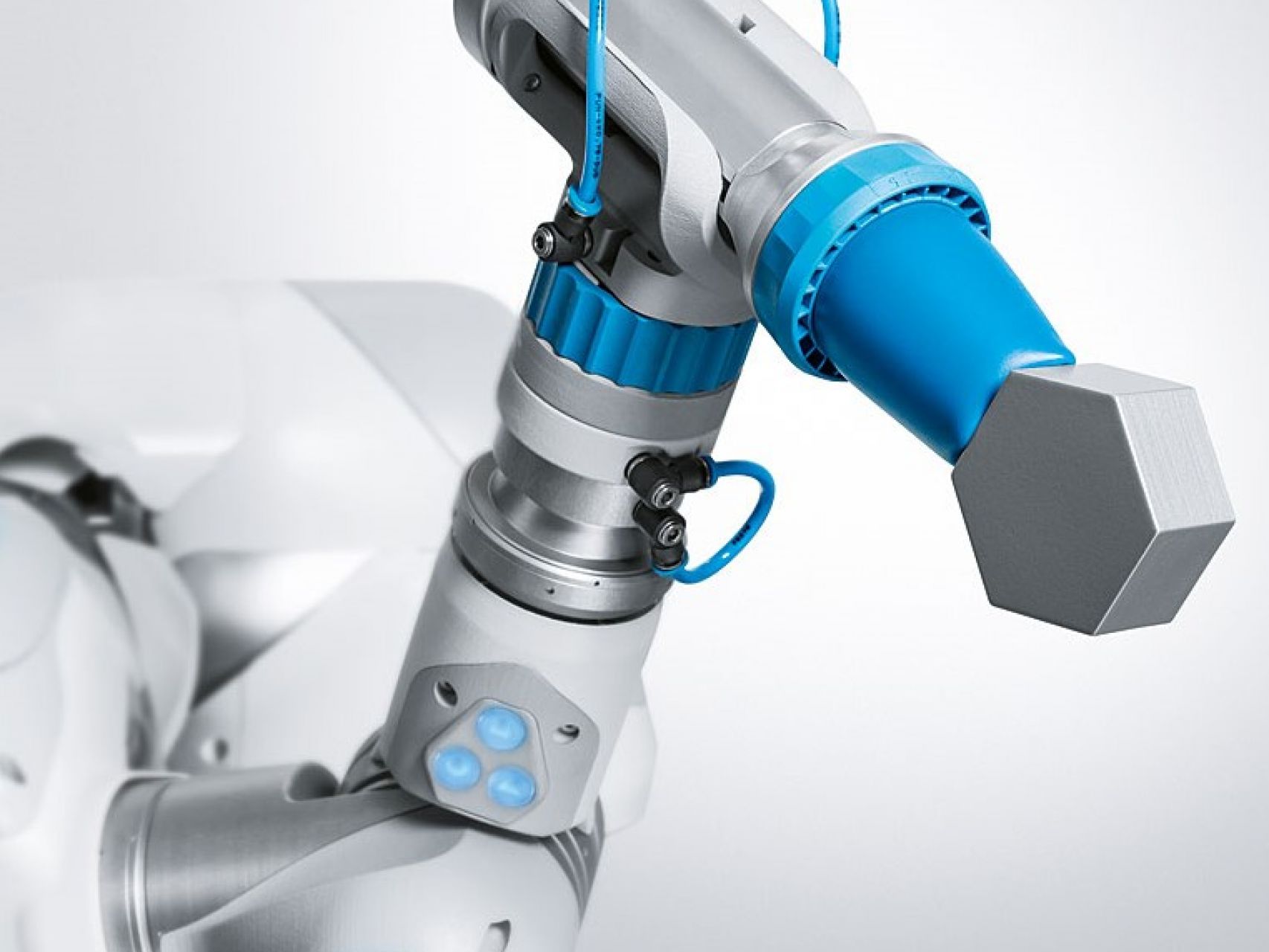 "The inspiration for the adaptive shape gripper DHEF comes from the chameleon. In order to catch prey, the animal lets its tongue shoot out like a rubber band. Just before the tip of its tongue reaches the insect, it retracts in the middle, while the edges continue to move forwards. This allows the tongue to adapt to the shape and size of the respective prey and firmly enclose it.

The DHEF works according to the same principle. Its central element is a silicone cap filled with slight excess pressure, modelled on the chameleon’s tongue. The deformation of the cap is controlled by a double-acting pneumatic cylinder. A piston rod is retracted and extended by ventilating the compressed air connections. The internal piston rod is connected to the tip of the silicone cap. When the rod is retracted, the cap turns inwards. This allows an object to be enclosed and gripped. Even picking up several objects, such as screws from a bowl, can be realised via a corresponding control with proportional valves."